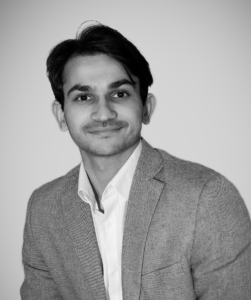 Vaibhav “Vab” Arya was a Research Master student in Cognitive Neuroscience at Radboud University. He investigated the role of the prefrontal cortex in controlling automatic action tendencies in humans under the supervision of Karin Roelofs and Ivan Toni at the Donders Centre for Cognitive Neuroimaging. Before Radboud, he graduated from State University of New York in Utica, New York in 2017 with a BS in Computer Science and a BA in Psychology.

He would have started his PhD at the EPAN Lab in August 2020, working on the Dare2Approach ERC-CoG project under the supervision of Karin Roelofs and Lennart Verhagen.

To our deep sadness, Vab passed away early in September. We will dearly miss his contagious energy, inspiring enthousiasm, and profound intellectual curiosity. We are greatful to all who attended the commemoration at the Donders, Vab leaves a big hole for all of us.