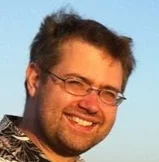 As a post-doc at the EPAN lab I worked with Karin Roelofs, Mahur Hashemi and Vanessa van Ast on the development of a novel Shooting-task designed to study various aspects of the defensive response of freezing. First, we tested effects of performance-contingent threat (electric shock) and the availability of a defensive action on preparatory freezing, measured via body sway and heart rate. We found that indices of freezing were related to threat and to the ability to prepare; freezing appeared to reflect active preparation rather than a passive state of helplessness (Gladwin, Hashemi, van Ast & Roelofs, 2016). Variants of the Shooting-task are currently being used in various studies. A stop-signal version is being used for research on response inhibition by Dr. Jacobien van Peer. The Shooting-task has also been adapted to fMRI, revealing freezing-related neural activation and connectivity (Hashemi et al., in preparation), and the task is part of a large-scale study involving stress and freezing in police officers.