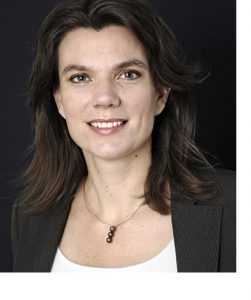 Karin Roelofs is Professor of Experimental Psychopathology at the Behavioural Science Institute (BSI) and chair of the Affective Neuroscience group at the Donders Institute for Brain Cognition and Behaviour (DI), Radboud University Nijmegen (RU).

Her true passion is to study psychological and neuroendocrine mechanisms underlying stress-vulnerability and resilience in health and psychopathology. With a clear focus on neurocognitive mechanisms of defensive stress-responses, she uses various brain imaging (fMRI, MEG) techniques, combined with neural stimulation (TMS, cTBS, tACS) or pharmacological interventions (steroid hormones) during emotional control and decision making tasks. Next, to test their role in resilience, she applies the neurocognitively grounded paradigms in longitudinal samples, including a developmental sample from the Nijmegen Longitudinal Study (NLS) a large police cohort from the Police-In-Action (PIA) study and patients with affective disorders from the ERC-DARE2APPROACH study.

Karin Roelofs is member of the Royal Netherlands Academy of Arts and Sciences (KNAW) and the Academia Europaea (AE). As vice-president of the Association for ERC Grantees (AERG) she is committed to fundamental science in Europe. She is also president-elect of the International Resilience Alliance (INTRESA).

See http://www.roelofs-epan.nl for publications, research statement and information about the EPAN group.