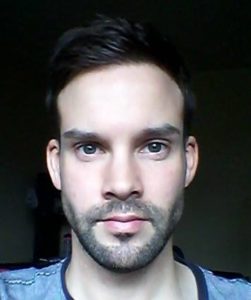 For my PhD project I am working on a virtual reality training-game for the Dutch police. The goal is to train police officers to make optimal decisions in highly stressful situations. The game will involve biofeedback and my role is to identify and integrate biofeedback parameters that facilitate improved decision making under stress. Futher, I will help informing the game development and eventually test the efficacy of the game.

I have a background in biological Psychology (BSc from Maastricht University) and Cognitive Neuroscience (research-MSc from Maastricht University) and I am generally interested in how electroencephalographic (especially oscillatory) activity gives rise to cognitive and behavioral phenomena. Throughout my studies I worked with electroencephalography and started by investigating how the recognition of personally salient information can be detected by means of time-locked cortical potentials. Subsequently, during a research internship at the German Sports University Cologne I studied the role of oscillatory cortical activity in the temporal resolution of visual perception.