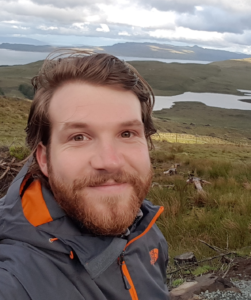 Felix obtained a BSc in Psychology and MSc in Cognitive Neuroscience at the Radboud University in Nijmegen. For his Master research, he joined the Donders Institute’s Predictive Brain lab headed by Prof. Floris de Lange, where he investigated the interaction between bottom-up attention and expectation. After completing his Master’s, Felix joined Prof. Alan Sanfey’s Decision Neuroscience lab as a Research Assistant (RA) and lab manager (also at the Donders). Here, he developed an interest in decision-making and became familiar with incorporating a variety of research methods, such as threat of shock, psychophysiology, and computational modeling. Following this novel interest, he then joined the EPAN lab as RA to set up the new Dare2Approach ERC-CoG project. Since 2019 he continues to work on this project as a PhD student.

During his PhD, he aims to study how transient psychophysiological states triggered by acute threat – such as freezing – affect decision-making. In his first study, he investigated the interaction between freezing (assessed through heart rate and body sway) and subjective value computations and passive/active avoidance tendencies. A second study further probing the neural computations underlying these relationships is underway.