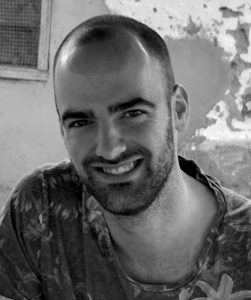 I am currently working as a PhD-student within the Police-in-Action project. My thesis revolves around the neural dynamics underlying emotional action control and its potential in predicting (sub)clinical stress-related symptoms. Employing the approach-avoidance joystick task combined with functional MRI, I aim to measure neural and behavioral effects reflecting our (in)ability to control approach and avoidance tendencies in response to social-emotional stimuli. This control mechanism over approach-avoidance tendencies may serve as an exemplar of emotional action control in general, a highly understudied aspect of emotion regulation.
Before, I completed my bachelor of medicine and research master in cognitive neuroscience at Utrecht University (the Netherlands). I am mainly interested in how interactions between cortical and subcortical brain regions underlie cognition and behaviour, with a special focus on emotional processing in (sub)clinical and healthy populations.